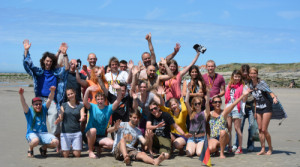 Winner ceremony of the 7th German Hitchhiking Championships 2014 in France

After a placid meeting in Aachen’s Westpark on the first evening, the 7th German Hitchhiking Championships started in front of Aachens town hall on Saturday. Some minutes before the race started the destination was announced to the participants, this time leading to the French Atlantic coast. After the last teams were constituted, all participants had their starting bibs and the last questions were answered, the starting shot sounded around half past 9. More than 40 participants from Germany and The Netherlands/USA started to a camping ground in Ambleteuse to celebrate the winners on Sunday at the sunny coast. 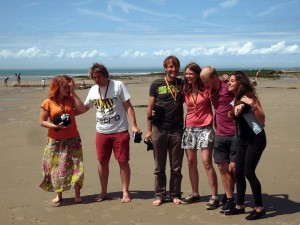 The winners at the beach of Ambleteuse

22 teams started in Aachen from which 19 arrived the destination in Ambleteuse. The other three teams gave up on the road or hitchhiked elsewhere. Three teams arrived on Sunday, but they got the louder applause. 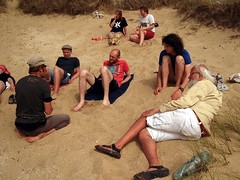 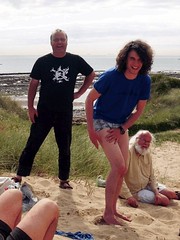 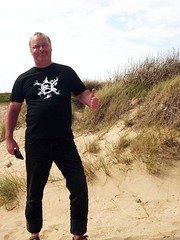 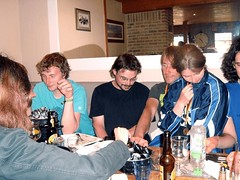 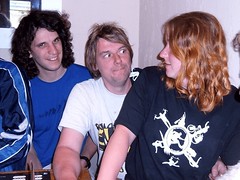 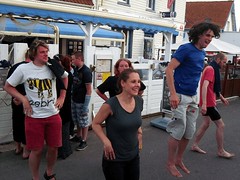 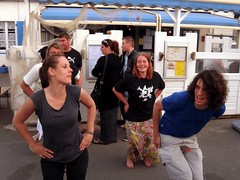 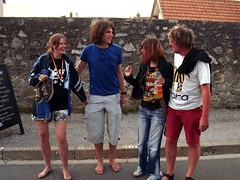 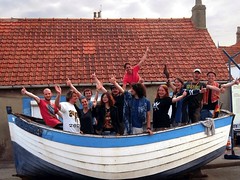 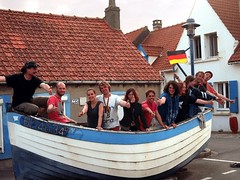 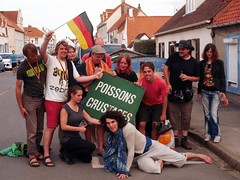 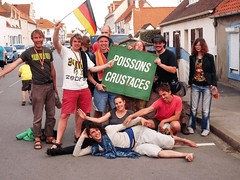 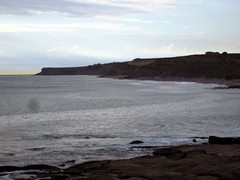 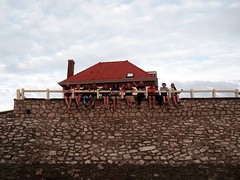 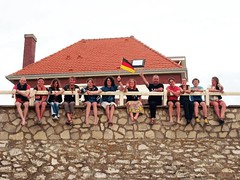 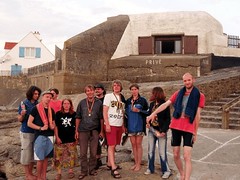 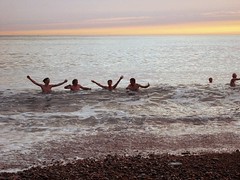 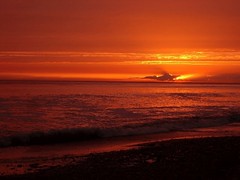 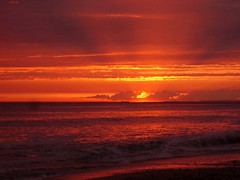 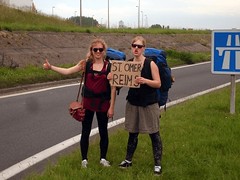 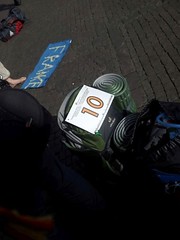 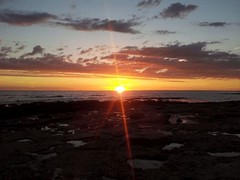 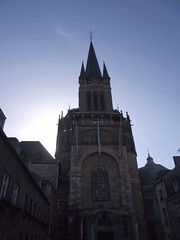 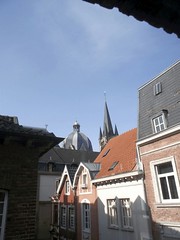 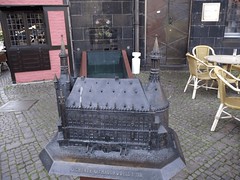